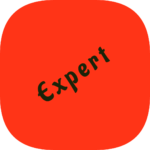 Nine boxes namely – A, B, C, D, E, P, Q, R and S are kept one above other. Each box contains different articles viz. Pen, Ring, Cup, Ball, Book, Laptop, Toy, Watch and Calculator. Each box is wrapped with different colored paper viz. Black, Blue, Green, Yellow, Brown, White, Red, Pink and Orange. All the given information is not necessary in same order.