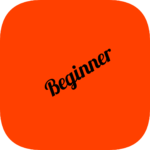 Anu, Bablu, Chetan, Dheeru, Esha, Falak, Golu and Harish are seated in a straight line but not necessarily in the same order. Some of them are facing south while some are facing north.