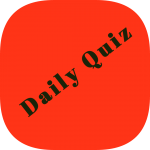 Here you will get 2 to 6 Puzzle Questions from Monday to Friday. Daily Visit PuzzlesHuB to solve these puzzle questions on a daily basis to improve your score in the reasoning section. All the Puzzles provided here are good quality puzzles and based on the real exam level. If you like these puzzles & want us to continue to provide you quality puzzles, please share our website with all your Aspirants friends.

7 persons – A, B, C, D, E, F, and G live on 7 different floors in such a way that the lowermost floor is numbered 1 and the topmost floor is numbered 7. They are born in different months – January, March, April, June, July, August, September but not necessarily in the same order. A person born in a month having an odd number of days lives on the odd-numbered floor while person born in a month having even a number of days lives on an even-numbered floor.

Eight persons Amir, Bansi, Dalvir, Karan, Lalit, Pawan, Rohit, and Suraj are born in four different years viz., 1961, 1974, 1979 and 1988 and also in two different months viz., March and September but not necessary in the same order. All they are wearing eight different shoes namely Adidas, Action, Bata, Nivia, Puma, Reebok, Sparx, and Wood Land. None of the two persons born in the same month of a year. Note: The age of the persons is calculated as in December 2017.

Disclaimer: All Copyrights Reserved to their respective owners . This Website is not an official web site of any Education, Yojana Portal or any other web site of the government. This website collects data and news from multiple official portals & other media websites. All the information on this website is published in good faith and for general and useful information purposes only. PuzzlesHuB does not make any warranties about the completeness. If you have any issue with our website then contact our legal team at Puzzles[email protected]. All data given here is only intended for educational purpose.
error: Content is protected !!